You might be wondering, “HEY! Where is the Mad Overlord Garycon 11 report?! I shaved my head and joined a cult in the basement of the worlds last Blockbusters waiting in anticipation!”

Well, I had my Mad Computer (like a Bat Computer, but only… madder) stolen.  So all the things I was planning on doing on my evil trip went into the sanitary landfill.  Writing. New video. All kaput.

On top of that, while I was running around doing Mad Overlord things (buying components for my genetic experiments, taking measurements for a doomsday device, playing D&D) I had a heck of a time trying to get Amazon to send me a new one.

Do not get me wrong, Amazon is great for books and small things, but I had nothing but trouble with this computer.  They kept saying the bank would not allow the transaction. Which is complete garbage since they funded my operations when the amateurs at the organization S.P.E.C.T.R.E. mysteriously disappeared and I absorbed them into my own institution.

Calling my bank, they said they would gladly okay the transaction if it showed, but it wasn’t showing… so the problem was definitely on Amazon’s end.  Back I go calling them again… and they told me the same thing… bank’s fault. Rinse and repeat a few times. Now we are at the time of Garycon XI and I am scheduled to fly back as soon as the Con is over and STILL no computer!

At this time my normally calm and happy Mad Overlord nature (no matter what my minions say) reached its end. I told them that if they do not like money I will take my business elsewhere… they kept stating that it was the banks problem… not theirs.

Driving back from GaryCon, I stopped at BestBuy and ordered the exact same computer… paid the SAME PRICE as Amazon… and LO AND BEHOLD!!!! The bank accepted it. I guess that proves who was right doesn’t it Amazon?

I am using my new laptop to write this, so I guess the only thing I have left to say is,

“And you don’t stop, sure shot
Goin’ out to the parking lot
And you get in your car and you drive real far
And you drive all night and then you see a light
And it comes right down and lands on the ground
And out comes a man from Mars
And you try to run but he’s got a gun
And he shoots you dead and he eats your head
And then you’re in the man from Mars
You go out at night, eatin’ cars
You eat Cadillacs, Lincolns too
Mercury’s and Subaru’s
And you don’t stop, you keep on eatin’ cars.
Then, when there’s no more cars
You go out at night and eat up bars where the people meet
Face to face, dance cheek to cheek
One to one, man to man
Dance toe too toe
Don’t move to slow, ’cause the man from Mars
Is through with cars, he’s eatin’ bars
Yeah, wall to wall, door to door, hall to hall
He’s gonna eat ’em all.
Rapture, be pure
Take a tour, through the sewer
Don’t strain your brain, paint a train
You’ll be singin’ in the rain
I said don’t stop, to punk rock
Well now you see what you wanna be
Just have your party on TV.
‘Cause the man from Mars won’t eat up bars when the TV’s on
And now he’s gone back up to space
Where he won’t have a hassle with the human race
And you hip-hop, and you don’t stop
Just blast off, sure shot
‘Cause the man from Mars stopped eatin’ cars and eatin’ bars
And now he only eats guitars! YOW!”
Pics and more important details of the trip are coming soon.
Stay Mad.
Be Good. 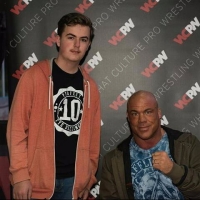